STERLING HEIGHTS — Five years of proactive strategy and planning by Sterling Heights City leadership has helped secure new ownership for Lakeside Mall. Lakeside Shopping Center confirmed the news on December 19th. Out of the Box Ventures, a subsidiary of Miami, Florida based Lionheart Capital, closed on the property on Dec. 19 and will become the new owner of the mall immediately. Long-term plans for Lakeside Mall include adding new uses to the property other than retail over a period of time. Lakeside Mall was acquired by Out of the Box Ventures, after General Growth Properties Inc. defaulted on their $144 million dollar mortgage loan. Lakeside Mall is the largest mall in the state of Michigan with over 1.5 million square feet of retail space.

Out of the Box Ventures is a commercial real estate fund that is part of the fast-growing force of change currently sweeping the retail industry. In under three years, the company has created a proprietary method for unlocking new value in formerly distressed commercial retail space and are scaling rapidly. Out of the Box Ventures’ vision is to transform these retail spaces into dynamic mixed-use destinations, designed to be as functional as they are impactful in the revitalization of their surrounding areas and communities.

City leadership has been strategically planning the future of the Lakeside area, historically the City’s largest retail hub, for a number of years. Efforts have included formulating the Lakeside Sustainability Plan in 2015, administering a retail market study in 2016 and continuing sustained, targeted outreach to retailers and developers interested in the Lakeside area as brick and mortar retail malls continued to decline across the nation. In 2018, the City adopted the Lakeside Overlay District that allows for a mixture of uses at the Lakeside mall property – an incentive to reimagine the 1.5 million square foot, 100 acre property.

“Our goal has always been to see Lakeside transform a traditional retail mall into a mixed-use space focused on walkability, placemaking and community,” said Sterling Heights Mayor Michael Taylor. “I’m proud of the proactive work we’ve done to help position the Lakeside Mall area for continued success for many decades to come.”

“A redevelopment project of this magnitude could equate to hundreds of millions of dollars just for construction,” said Sterling Heights Senior Economic Development Advisor Luke Bonner. “But this project’s economic impact to the region could far exceed the construction value. It’s imperative that we work toward preserving this critical tax base and increasing the job base of 1,000 currently supported by Lakeside Mall.”

“We are excited about our plans to revitalize Lakeside Mall with a new wave of premium tenancy and engaging activations. We share the City’s vision and look forward to significant collaboration with City officials and the community to ensure Lakeside Mall’s future is promising and a point of pride for the entire region,” said Ophir Sternberg, CEO & Founding Partner, Lionheart Capital. “We have a strong track record for success and expect nothing less for this exciting endeavor.” 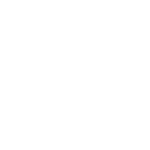